Experiencing forgiveness, whether on the granting or receiving end, is powerful. Crucial life lessons are learned on both sides of a transgression. The one being forgiven feels a great relief and hopefully learns from their mistakes. The one offering forgiveness appreciates, even more, the instances when they have been on the receiving end. Sounds simple, yet not always the case.

Children often unintentionally demonstrate these truths clearly, if we take the time to watch and listen. Picture one of my kindergarten classes sitting around our music circle, coloring pictures of pumpkins and leaves.  Their fall themed artwork was also to include rhythmic patterns based on phrases about their subject.  For example, “leaves are falling” or “pumpkins everywhere” or “jump in a leaf pile.” Vivaldi’s “Autumn” playing quietly in the background. 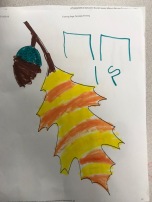 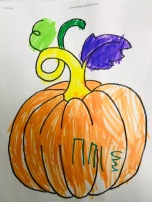 Yes, I know it sounds very picturesque, but don’t be fooled.  This is one of those class times that is a struggle for me-giving up a certain level of control and giving students the chance to be social and creative.  It lends itself to a higher noise level and a tiny bit of controlled chaos.  Results are usually pretty cool!  That is until there is a transgression… one student marking on the beautiful, in progress, artwork of his friend.

Typically, it is the student who has been wronged that seeks my attention.  “She stuck her tongue out at me!” “He pulled my hair!” “She told me to shut up!” You get the idea.  On this particular day, the opposite was true. The artist didn’t make a big fuss although disappointed.  I told him he could start a new work if he’d like and asked the other student to apologize. Everyone back to work, all is well. Right?

A few moments later the student who committed the “coloring on my friend’s paper” infraction was standing in front of me with tears in his eyes. “Oh dear, what’s wrong?” I asked. “I apologized, but he wouldn’t accept my apology.” Hmmm…what to do? So many ways I could respond to this conflict. I’m not sure if my choice was the best, but it did have an interesting result.

Empathy-the ability to understand and share the feelings of another.

I began to talk to the teary-eyed transgressor about why his friend was upset. As with my own children, I attempted to help my student put himself in his friend’s place. “How would you feel if you were working hard on your artwork and someone marked on your paper?” On the surface a simple question, but not always an easy place to find yourself. His tears indicated his comprehension, and in a “kindergarten kind of way,” he began to understand.

For the remainder of the class, this particular friend stuck with me like glue. Tears turned to smiles, offers to help with clean up, wanting to have more conversations. Why? Just as being forgiven evokes feelings of relief and freedom, an apology not being accepted brings the opposite-guilt and sadness. However, when we learn to place ourselves in the shoes of the ones we have hurt, then we begin to develop empathy. Our focus moves from being self-centered to others-centered.

Which is more powerful? The ability to forgive or the ability to empathize? I suppose it depends on the situation, transgression, and the people involved. Obviously, consequences come into play, long and short term. But what if we see them as tied together, working hand in hand? I believe if we can help children learn to empathize, having a spirit of forgiveness will naturally follow. And just maybe they will begin to stop and think before making a choice which negatively affects their friend.

But wait, maybe the foundation for this whole discussion should instead be the word “friend.” Becoming a friend is a process. An acquaintance becomes a companion, the companion becomes a supporter, and so on. And if I truly support someone, I’m much more likely to think about the impact of my actions.

Once we learn what it means to be a friend, the potential for both empathy and forgiveness grows exponentially. It still requires effort and work. It does not just magically happen without being intentional. Like everything else worth doing in life, it takes practice. But the results are oh so worth the work!

Here’s to forgiveness, empathy, and friendship.  Especially when witnessed through the eyes of kindergarteners.  May I pay careful attention to opportunities this next week for expressing and teaching these vital life lessons during music class, especially the importance of being a good friend.

You’ve Got a Friend