I couldn’t resist sharing our trip to Colorado one more time. Grateful for time with family in this beautiful place. ❤️

I lift up my eyes to the mountains. Where does my help come from?
My help comes from the Lord, the maker of heaven and earth. Psalm 121:1-2

I love spending time in Colorado. One specific area holds many memories. Family vacations with parents, kids, grandparents, grandchildren, and great-grandparents. Honeymoons and holidays, hiking, and fishing. Feeding the chipmunks. And, of course, beautiful scenery.

Gart and I are traveling to this spot with our three grown kids and daughter-in-law. What a treat! This sentimental mom can’t help looking back and looking forward. But mostly, I’m just enjoying all of us being together.

We drove under a canopy of trees. So thick in stretches, we wouldn’t have been able to see the sun even if it had been shining. Winding switchbacks took us to the top of Mt. Mansfield. We marveled at the beautiful views.

Some of us closed our eyes and held on tight at certain turns. Well…one of us did, anyway. But that was not the thing that caused me to gasp. Instantly feeling like a little kid. Any guesses?

Boulders with great veins of quartz running through. Some were standing solitary. Others were stacked, forming small caves. Even others with trees growing against their faces. Those might have been my favorite.

Standing in the shadows of these giants, the kid in me wanted to fill my pockets with pebbles. No, I did not. Managed to rustle up some restraint.

Instead, I stood in awe of these majestic formations. Felt the embrace of their cool breeze. Accepted their invitation to climb, stand, and sit. And finally, to walk away feeling confident, steady, and grateful.

One glance
Then a second
Wrinkled brow
Curious smile
Where do the mountains end?
Where do the clouds begin?
A closer look
Would perhaps
Provide answers
If answers are
What I seek-
On third glance
I choose to simply wonder
At how this
Humble horizon
Takes over my thoughts
Leaves me dreaming
Of sitting
At the foothills
Longingly
Looking up
Toward the highest peak
Where questions cease
And peace overcomes
With the passing of a gentle mountain breeze

The mountain comes into view,
As I drive across the river bridge.
A drive I’d love to take today.
To me, a majestic outline, though
Small in comparison to other mountains
Barely high enough to garner the name

Hiking to its peak as a child was
Like standing on top of the world
Peering out over tops of trees
Roads, cars, and houses below
Appearing as toys in a tiny
Land of make-believe

Was home really as small as it appeared?

Time for exploring always
Ended too quickly-never enough
Time to stand on the edge.
But laughter followed as we
Made our way down the steep trail
Into the green valley below

Warmed by the sun’s rays

They continue their journey

Moved by a gentle breeze

Travel to the valley below

Flitting back and forth, up and down

Perching only a moment

Adequate to capture the beauty

Of this peaceful mountain morning 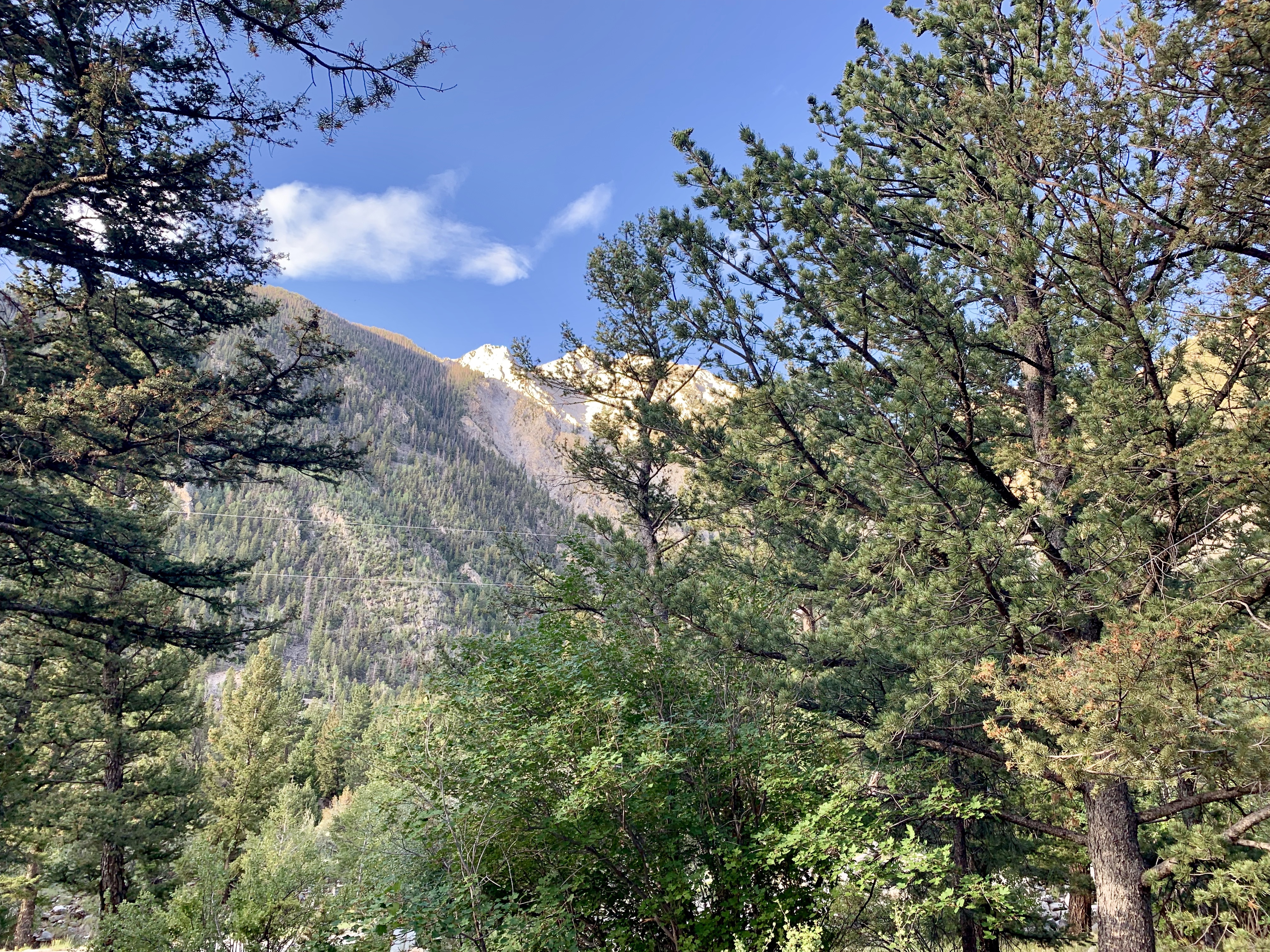 Dreams are fascinating. I don’t often remember mine. When I do, they are usually crazy. Last night I had two vivid dreams. This morning I felt compelled to write them down.

In dream number one, I stood in the middle of an auditorium, possibly a church. A stage with rising levels in front of me. People stood all around me and on varying levels.

I noticed water seeping in around the edge. It rose quickly, but no one else seemed concerned. I began to panic. Looking up, I saw Gart standing on one of the higher levels in front of me.

I frantically made my way up to him. Despite the now chest-high water, Gart was calm and collected. I was terrified. He pointed towards an open door to our right side and said, “Look. We can get out right over there.”

Needless to say, I felt anxious, ready to turn around. But Ryan said, “Let’s drive a little further. There’s a sinkhole up ahead I really want to see.” We drove forward, and sure enough there it was; a huge sinkhole, spreading and quickly filling with water. We finally decided to turn around, but the car just spun around in circles.

Back to reality. After describing my dreams this morning, Gart said “Well, that makes sense. You’re under a lot of stress and worrying about things you can’t control.” Hmmm…he’s probably right. Shhh…do not tell him I said that. 😉

As I type, the house is full of moving boxes. No longer neat and clean like it has been for the past month. Until now, my summer days have been filled with making sure the house was ready for showings. There was routine. I knew what needed to be done each day.

Now we have a contract on our house. Yay! The past two days involved signing papers for selling our current home and buying our new home. Closing dates are set, tentative moving dates established, and moving boxes everywhere. Definitely cluttered, the house and my thoughts.

But what about the second dream? Why the addition of Ryan? Well, he is our youngest. He just graduated from high school, is working every day, and begins classes at Oklahoma State University Institute of Technology in September. My baby…making his way in the world. Saying I’m emotional is an understatement.

Today I may be swimming in a sea of moving boxes, but there is no rising water. I may be figuring out how to let go of my youngest, but there is no engulfing sinkhole. Those scary images came from my dreams. Dreams which brought laughter and a reminder that I need to let go.

Next week we are heading to Colorado for a much-needed vacation. Time to unwind and relax, enjoying the beautiful surroundings. The mountains are calling my name! As are the peaceful, flowing streams. Not the mighty ocean waves. Not this trip, anyway.